Parrot Stole a Half Million Liras

Every day, fraudsters attempt to copy hundreds of cards in the world. It’s still a possibility, but they might try to skim your cards and might found a funny word to these fraud attempts like “Parrot Sang.” You may be confused, let’s take a look at details. Yesterday a fraud gang caught with simultaneous police operations in 5 different cities in Turkey. Police seized hundreds of “twin cards” and three computers within numerous card information that ready to make fake cards. This fraudster was using a skimming device that they call “Parrot,” and each time, the device stole a card information gang members informing the leader by telling him that Parrot Sang. This “Parrot” has stolen a half-million Turkish Liras, which is approximately equivalent to $100.000. This case is just a fish in the sea, and while you are reading this article, there were eight attempts to skim card. In fact, anyone can be attacked by these scammers at any time. First, we need to know our enemy, and it’s methods. Unfortunately, even if we can determine who is suspect, we don’t know for sure until police catch criminals. For now, we need to start with learning the methods of fraudsters. The most common method is placing the same piece within a skimming device just in front of the card reader. This part takes the complete card information written in the magnetic strip. As a friendly advice, I would say that try to gently move this part before giving your card to ATM. Because not every ATM includes an anti-skimming device. Placing a camera at an angle to clearly see the keypad is another trick in this method. 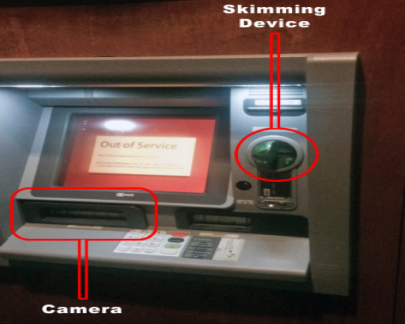 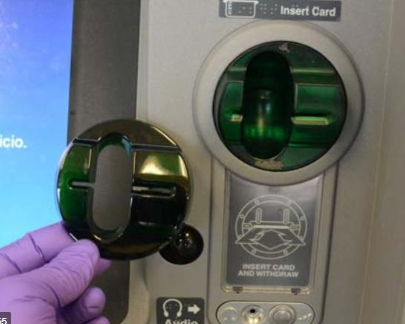 This method, which is also used by the captured gang, is one of the most common ATM fraud methods in the world.

The final step of this method is producing new cards. Fraudsters create fake twin cards of users with this stolen card information and withdrawal money from ATM by using their password. The only crime of these people who defrauded was to withdraw cash from the ATM innocently.


If we need to look back to the first paragraph, we see that the fraud threat is more than we thought. So here are a few tips for avoiding credit card skimming.

What should I do if I get suspicious?

If you think that you’ve been a victim of skimming, contact your bank or card issuer even if you haven’t spotted any fraudulent charges. The critical factor in here is the time; the sooner you report your suspicions, the more you preserve yourself from victimization. Provide as much detail about the possible location of the skimmer, e.g., the location of the ATM or gas station you’ve been, can help the bank prevent future losses and other potential victims.

Unlike other questions, this one has two answers, both “yes” and “no.”

How does an anti-skimming device work? 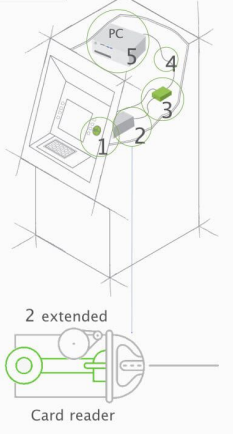 When all of the components in this article considered at once, an anti-skimming device -as strong as Card Guard- is an emergency for needing all ATMs. In this case, there are millions of dollars have stolen over the years from card skimmers. Acting before a skimming attempt is a key point both for banks and individuals.